Last year I had the good fortune to facilitate the sale of a delightful William Edmondson sculpture. A gentleman wanted to downsize his household belongings, and I was able to connect him with an enthusiastic collector who had been searching for an Edmondson to add to his growing art collection.  What a fun job I have! 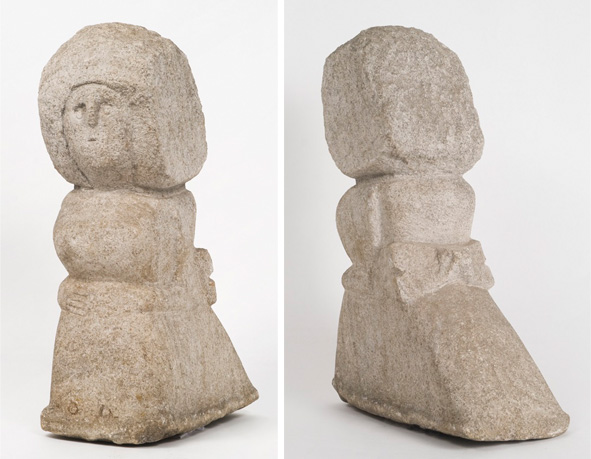 Here’s a short bio on Edmondson:

William Edmondson is considered one of the most important artists in the folk art/outsider art genre in the art world today. He was a laborer who developed into an important American sculptor.

William Edmondson, the son of freed slaves, was born in 1874 in Nashville, Tennessee. He grew up in a rural part of Davidson County with little or no formal education, and was widely thought to be illiterate. Edmondson worked for about 20 years as a janitor at the Women’s Hospital in Nashville. After the hospital closed during the Great Depression, Edmondson resorted to part-time jobs and selling vegetables he grew in the backyard of his modest home to support himself.

Edmondson was “called” to sculpting by God in 1931. His earliest works were relatively simple grave stones and memorials that he carved for members of the black community. By the late 1930s and early 1940s, he had graduated to carving animals, such as doves, turtles, rabbits, squirrels, lions and rams, “critters” which were delightful animal abstractions, women in the form of schoolteachers, mothers, nurses, celebrities such as Eleanor Roosevelt and the boxer Jack Johnson, birdbaths, garden sculptures and Biblical figures.

Edmondson’s work was visibly directly by his faith. Many of his later sculptures were less whimsical and clearly reflect his divine inspirations. Some of his favorite subjects were Adam and Eve, angels, doves—a reference to Noah’s Ark and crucifixions. He preferred working with discarded limestone from demolished buildings, an accessible and inexpensive material.

William Edmondson was the first African-American artist to be given a one-person show at the Museum of Modern Art in New York City in 1937. It was a show that he did not attend himself. In fact, he didn’t consider himself an artist until he was referred to as one by the critics. 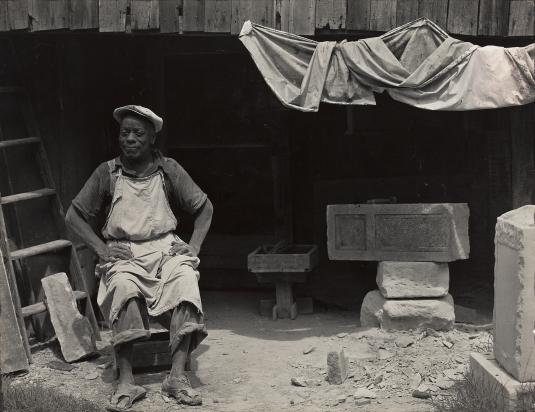 In 1938, after the MOMA show, Edmondson’s sculpture was included in the “Three Centuries of Art in the United States” in Paris. He didn’t have another solo exhibition of his work again during his lifetime. He worked with the WPA program from 1939-1941. By one estimate, Edmondson produced roughly 300 sculptures during his lifetime.

Edmondson died in 1951 at his home in Nashville after a lengthy illness.

To learn more about William Edmondson and his whimsical sculptures:

Locally, a day trip to Cheekwood Botanical Gardens and Museum of Art is an excellent opportunity to experience their large collection of Edmondson sculptures first hand.

I recommend William Edmondson: A Retrospective. This collection of essays and photos is the 1981 exhibition catalogue from the show at the Tennessee State Museum. It is an easy and fascinating read. Also recommended is “Visions in Stone: The Sculpture of William Edmondson”, 1973, by Edmond Fuller.